Red curry and bell peppers are a great combination. I like to use red bell peppers for it because they are the sweetest, but you could perfectly use green or yellow ones. 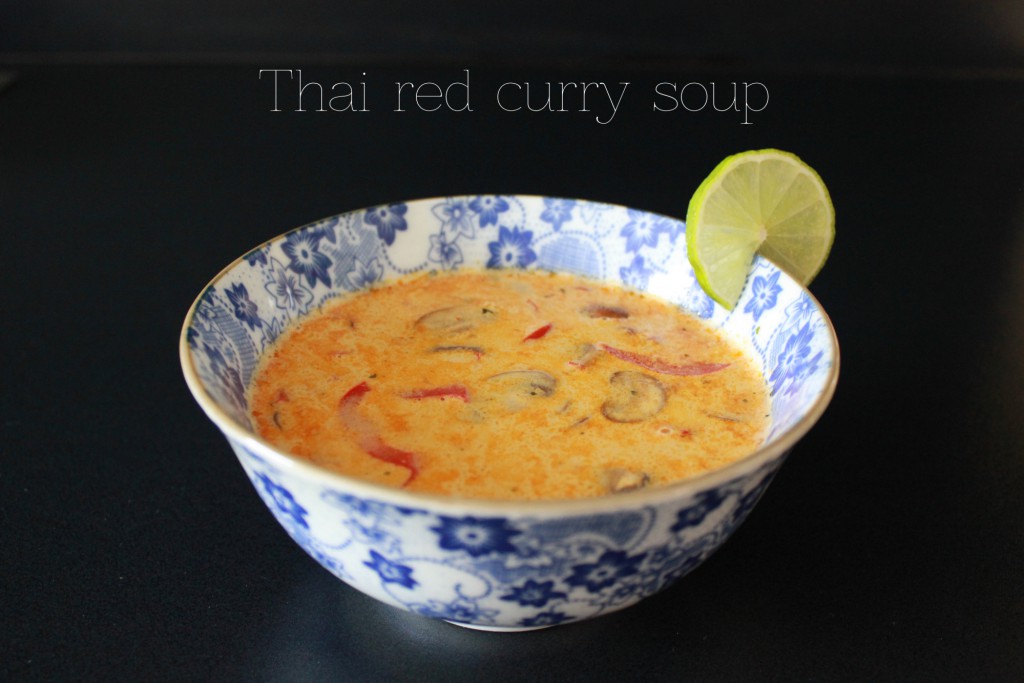 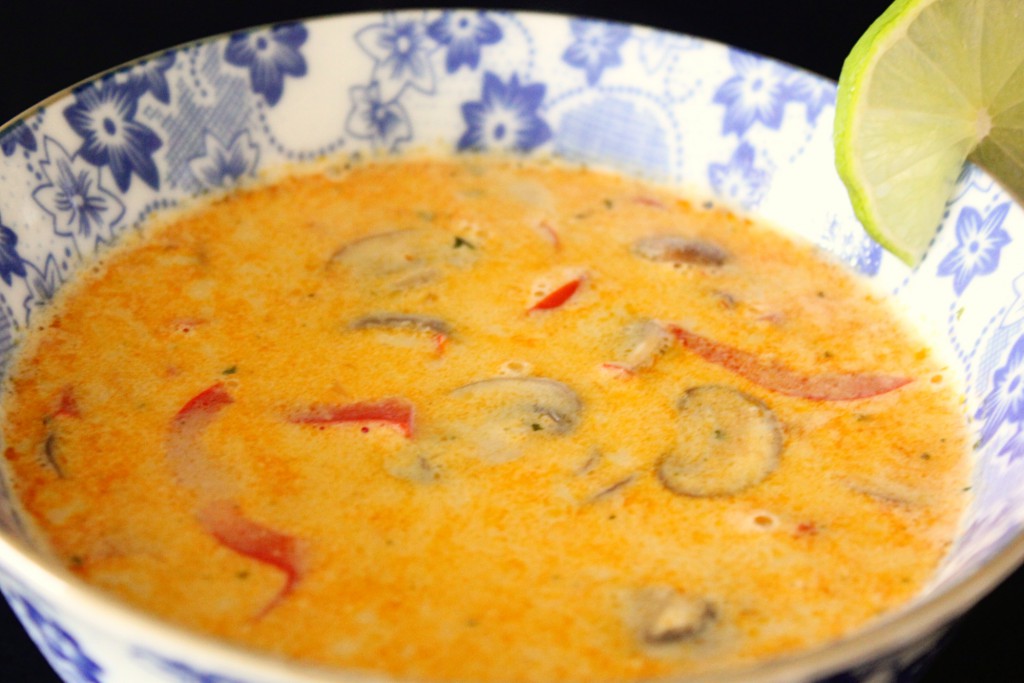 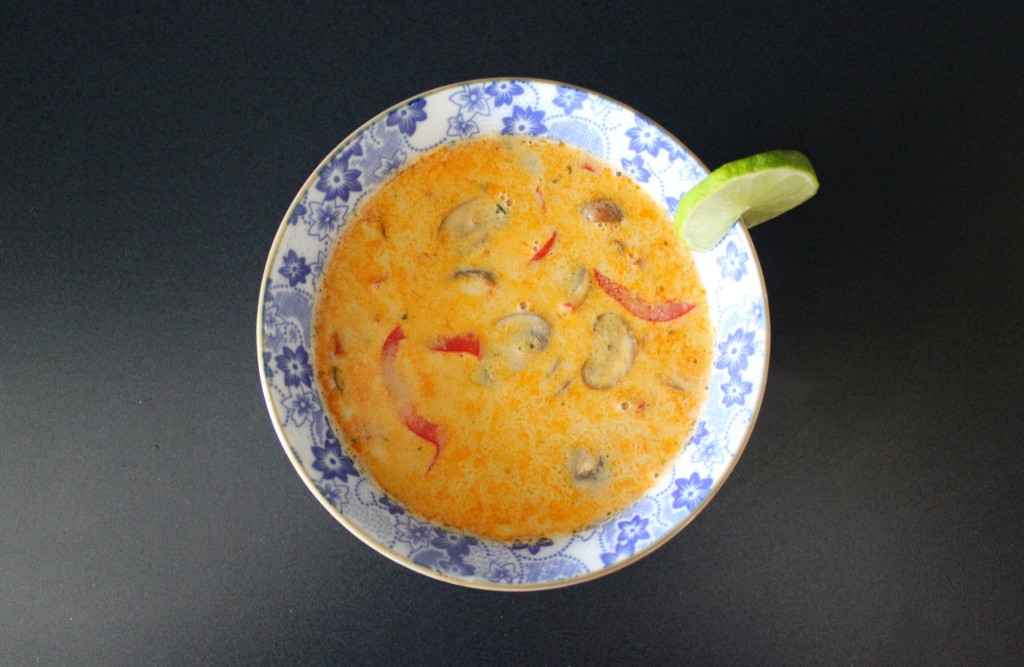 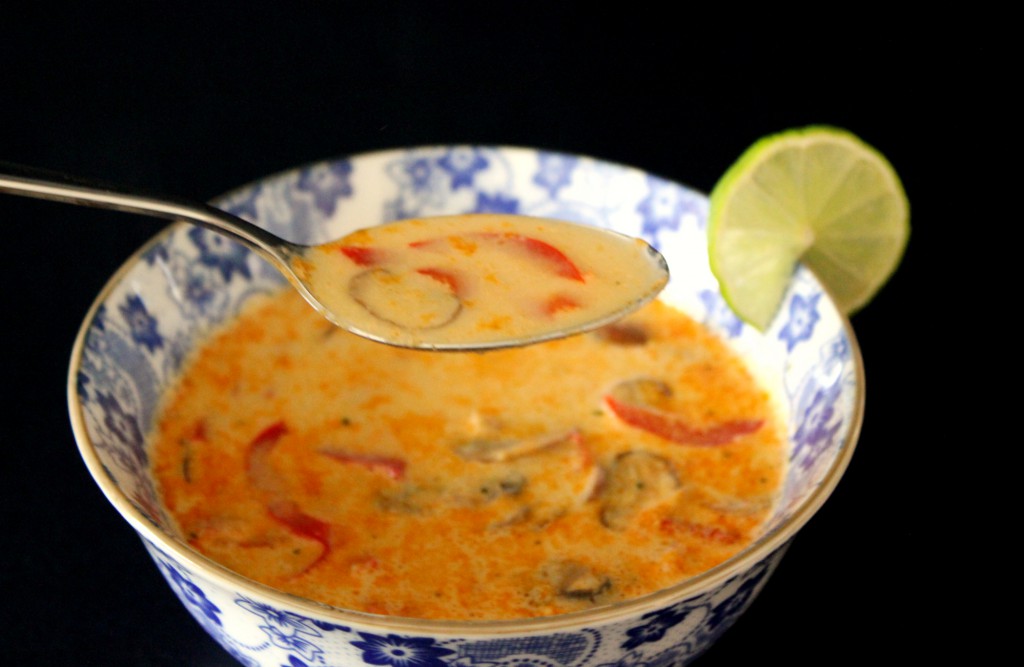 What you do:
Heat the coconut oil in a skillet over medium-high heat. Add spring onions, garlic and ginger and cook until golden brown, then add the curry paste and mix well with the oil.

After two minutes, add the vegetables and sauté for a few minutes, until the mushrooms brown a little. Pour in the coconut milk, vegetable broth and soy sauce. Bring to a boil, then cover with a lid and reduce the heat to low. Let the soup simmer for 15 minutes. If you like, add more soy sauce.

Serve with a slice of lime. 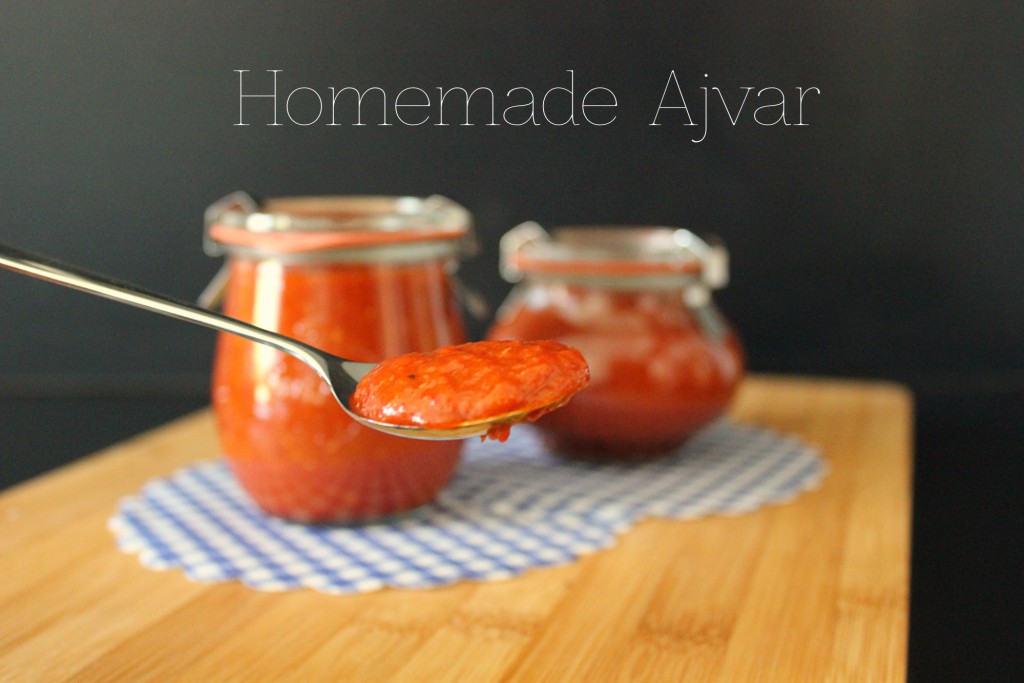 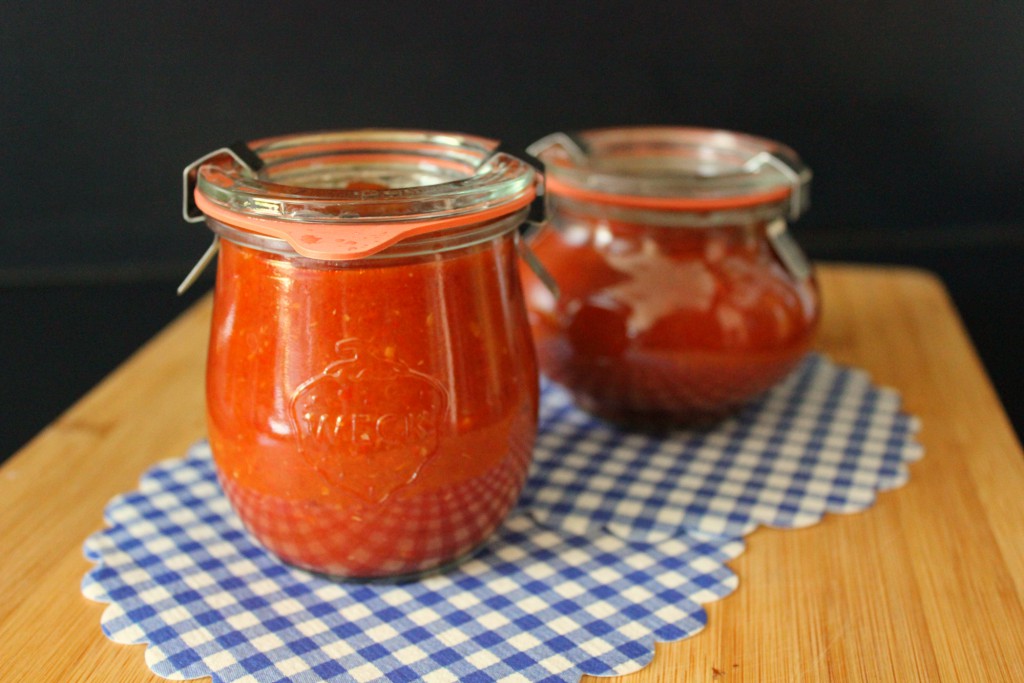 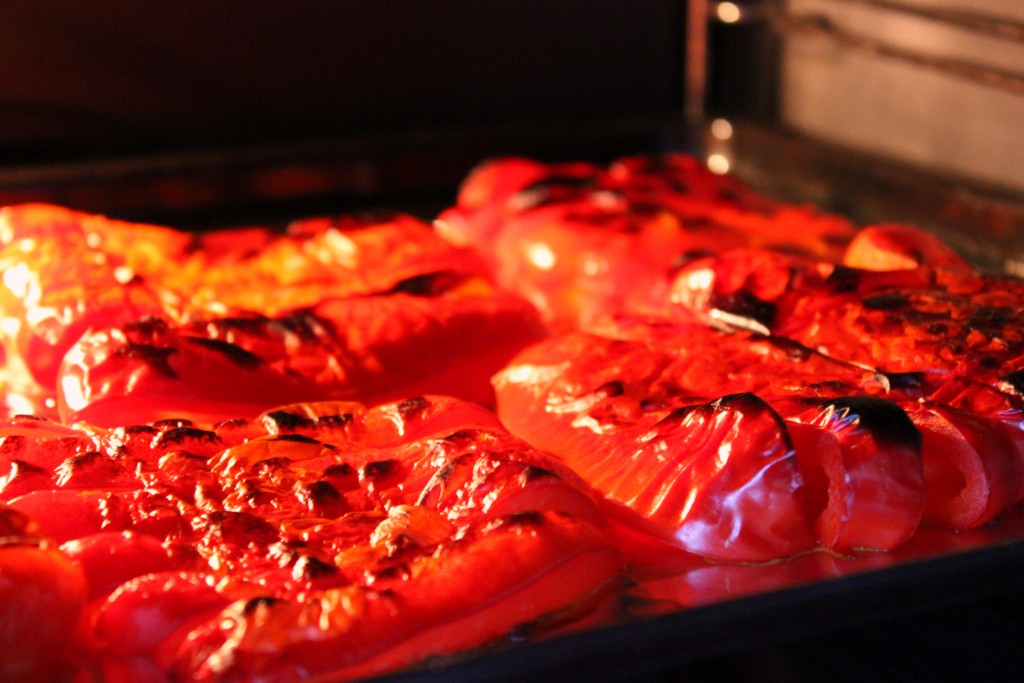 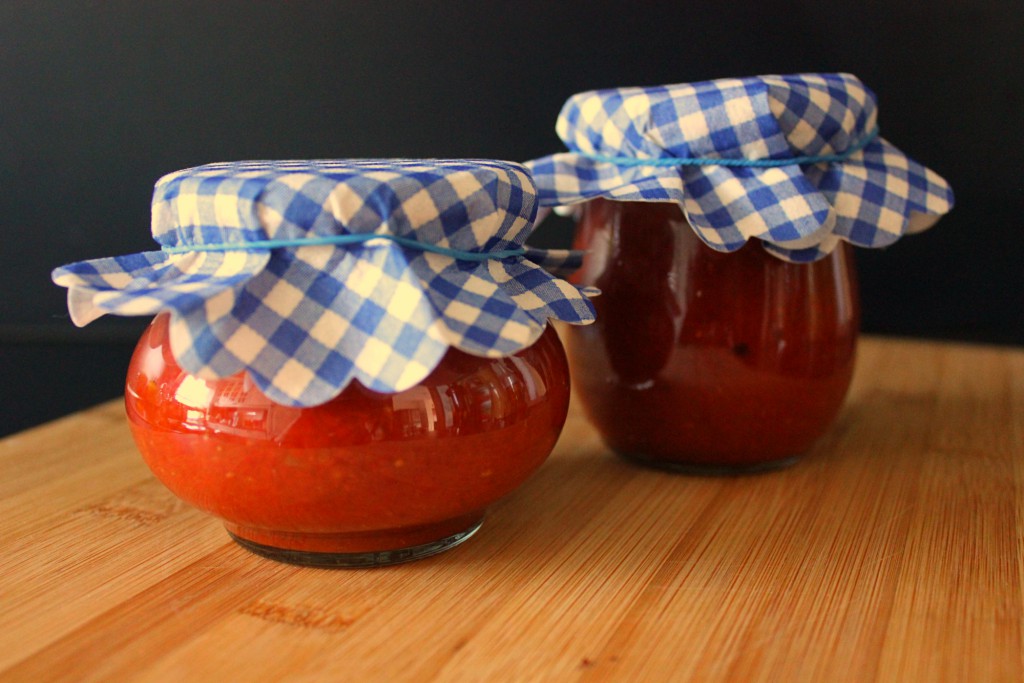 This stewed bell pepper recipe is great for a weeknight when you don’t really have the motivation to cook something super fancy. Most of the work is done in 5 minutes, the rest ist basically waiting.

And it kind of looks like a thai curry, right?

What you do:
Cut the bell pepper into strips, chop the onion. In a skillet over medium-high heat, melt the clarified butter and sauté the onions in it. Add the bell pepper and let it cook over medium heat for about 10 minutes, stirring occasionally (don’t let them burn). Add the broth and cover the skillet with a lid, turn the heat down to low and cook for another ten minutes or until the bell pepper strips are soft and tender. Take the skillet off the heat, season with a little salt and pepper, stir in the sour cream. Serve with potatoes.

A few months back, I ended my no bell pepper phase. For some reason, I didn’t like them for a while – but since that’s over now, I can make one of my favorite bell pepper recipes: Stuffed bell peppers. You can stuff them with pretty much anything you like – many recipes use rice and ground beef. I chose couscous and feta cheese for this vegetarian version.

Cook the couscous. I use vegetable broth instead of water to add extra flavor. Cut the feta cheese into small cubes. In a small bowl, carefully mix the couscous with feta, tomatoes, herbs and spices.

Spoon the filling into the bell peppers. Place on the prepared baking sheet and bake until the peppers are tender and the filling is heated through, about 25-30 minutes. Top with sour cream and serve immediately.