When I first saw a similar recipe on pinterest, I knew I had to try it because I would probably love it. I made some changes to the original recipe though, and it turned out just great. 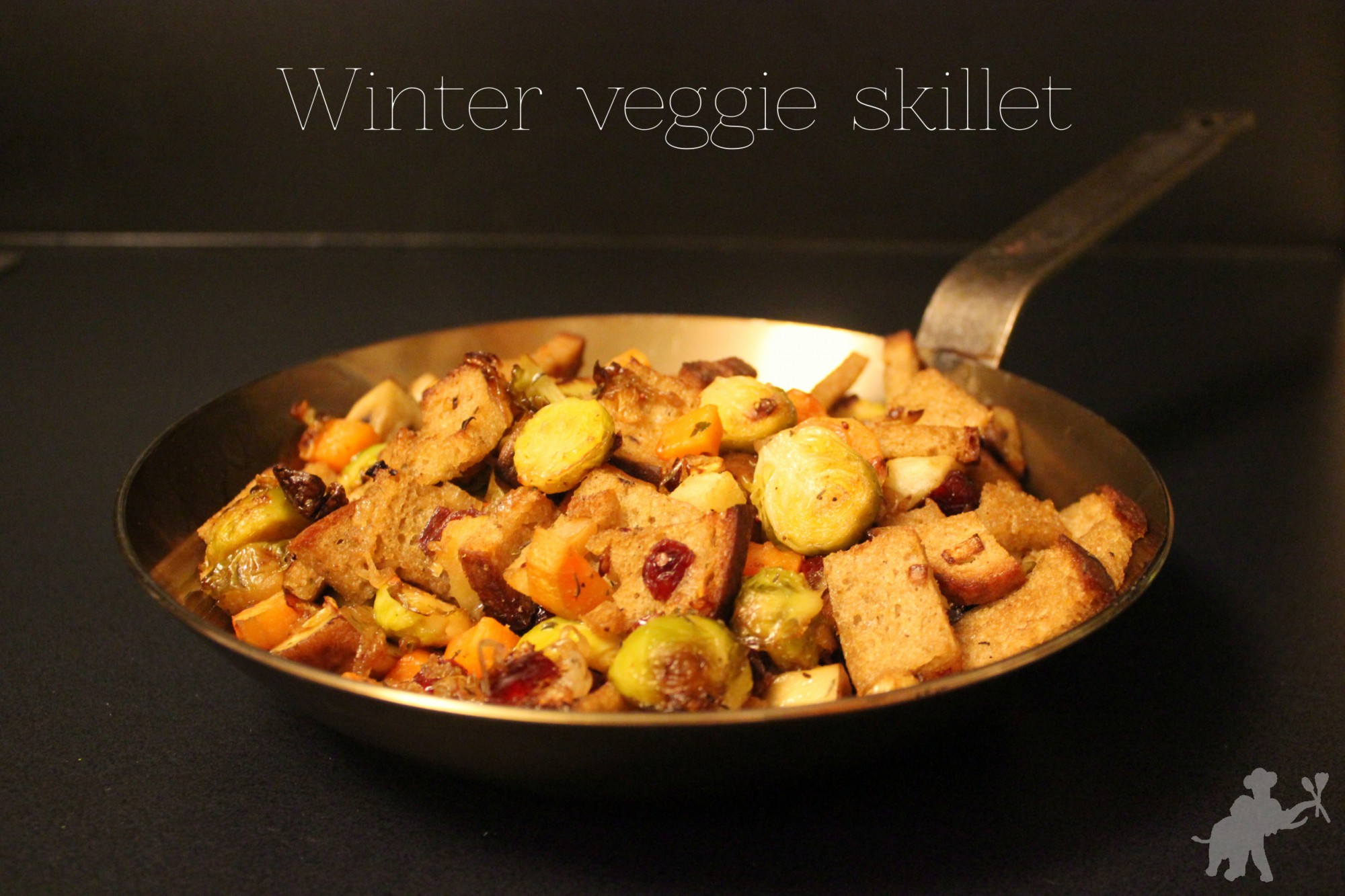 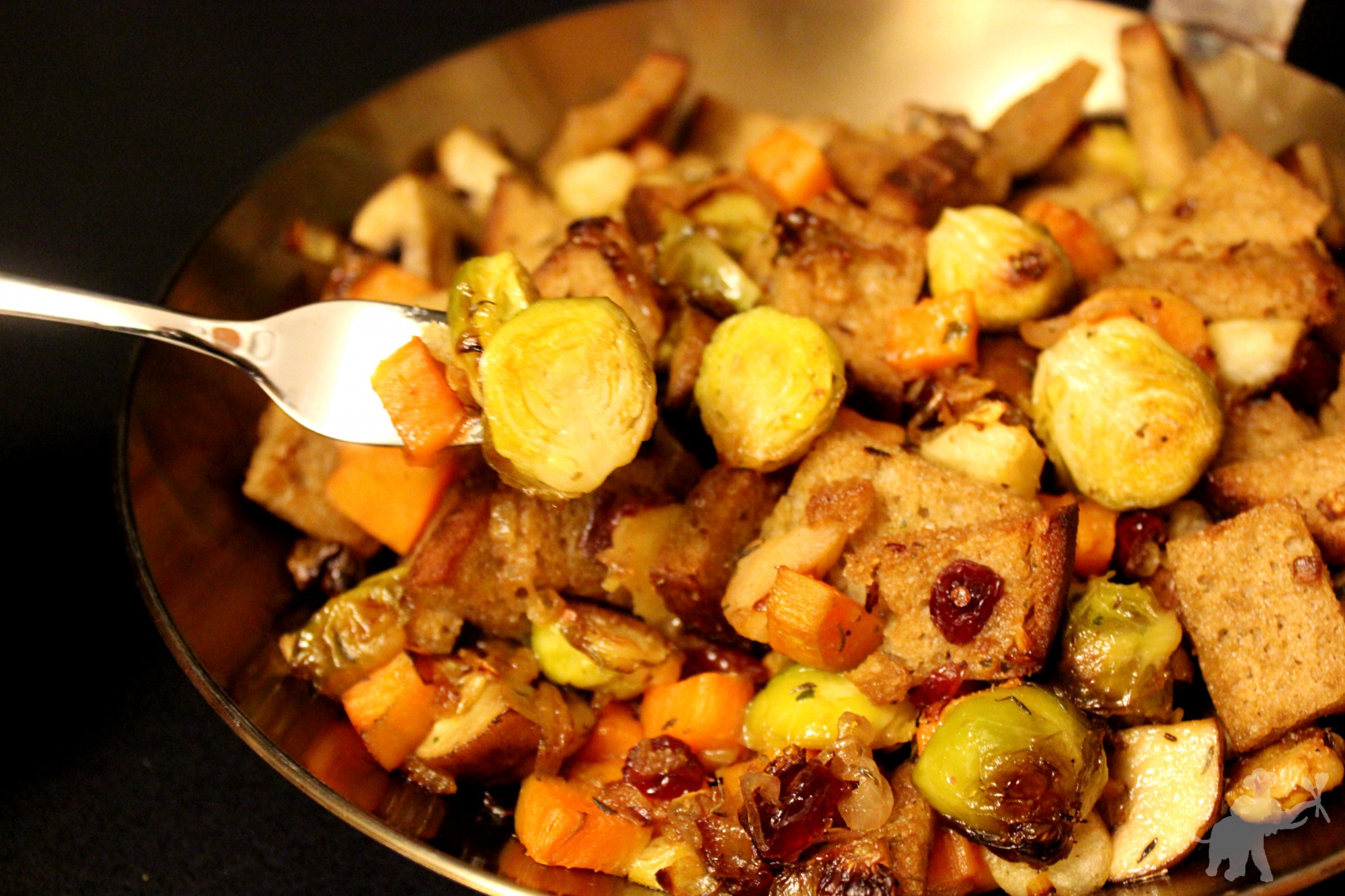 Remove the outer leaves from the brussels sprouts and cut them in half. Peel the sweet potato and the apple, cut them in 1.5cm/0.5in cubes. Peel and slice the shallot. Toss everything in 2 tbsp olive oil, season well with salt and pepper. Roast until the vegetables are very tender (about 20 minutes), then take it out of the oven. Reduce the heat to 180°C/350°F.

Chop up the onion. In a large skillet, heat 1 tbsp olive oil. Cook the onion until slightly browned, then add the bread cubes and roast until they turn golden brown. Season with salt and pepper.

Add the roasted vegetables, vegetable broth, cranberries and seasonings to the bread and onion. Stir until the bread has absorbed most of the broth, then transfer to a baking sheet and bake for about 15 minutes. Serve immediately.