The last recipe featuring Febuary’s Veggie of the Month, the potato, is a true classic – oven baked fries! They are super easy to make and so much healthier than the deep fried kind.

Obviously fries lose about half of their amazingness if you have to eat them without a proper dip. So here’s a variety of three dips that go perfectly with fries. You could also try dipping chicken fingers, mozzarella sticks or veggies! One of them is a fry sauce that seems to be particularly popular in Utah and also in Argentina, where they call it “Salsa Golf” (there’s a legend behind it – read about it here http://www.saluxuryexpeditions.com/blog/salsa-golf-ketchup-mayonnaise-and-a-nobel-laureate/). It basically consists of mayonnaise and ketchup – I didn’t realize this was a “thing” since mixing ketchup and mayo when eating fries seemed pretty usual to me. The seasoning makes the difference though! 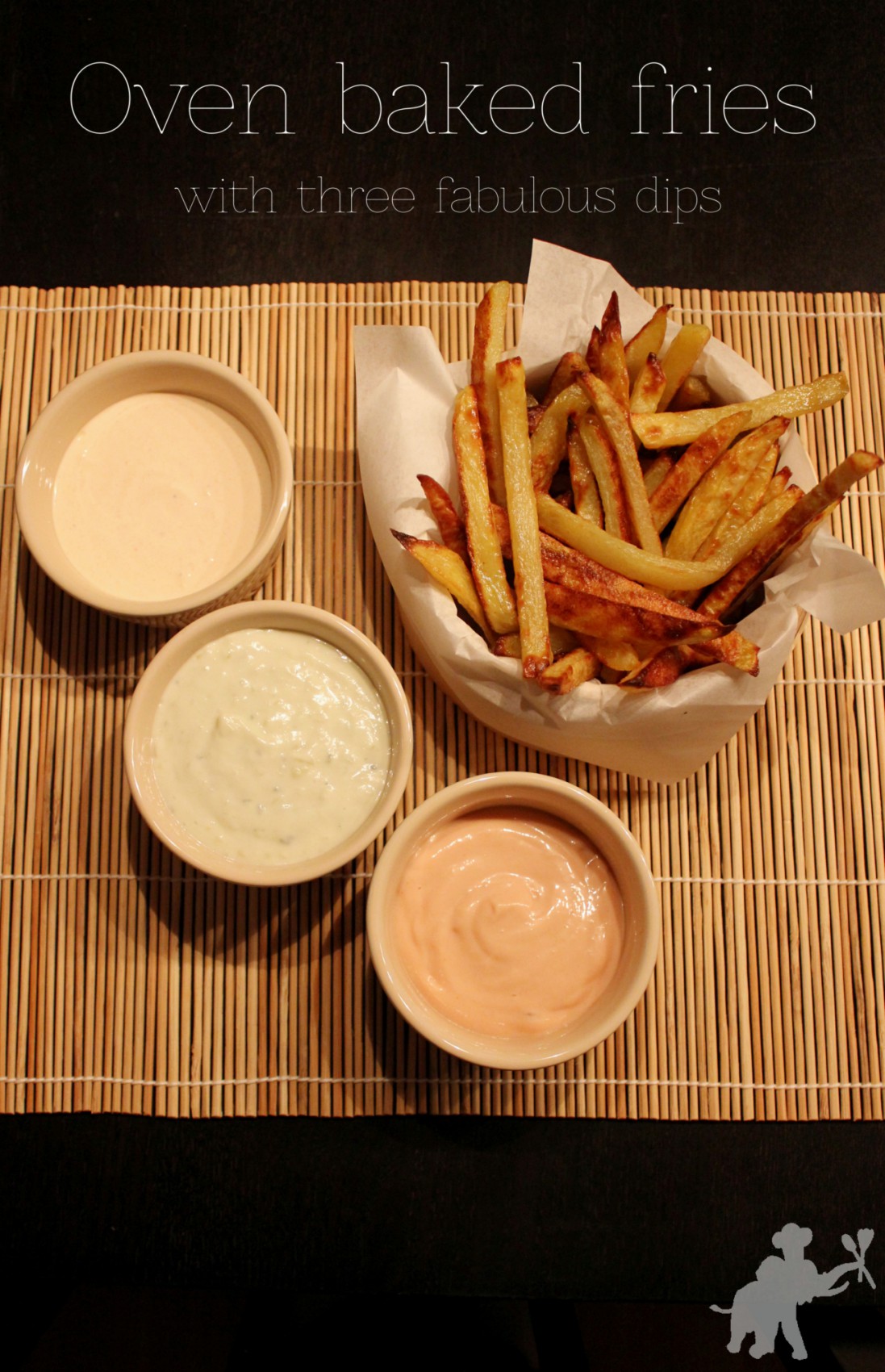 What you do:
Preheat the oven to 200°C/430°F. Peel the potatoes. Cut them into 1cm/0.4in slices, then into sticks. Mix with the oil and spread in a single layer on a baking sheet lined with parchment paper. Bake for 30 to 40 minutes.

In the meantime, prepare the dips. In two small bowls, mix the ingredients for the fry sauce and the spicy sour cream dip.

For the blue cheese dip, chop up the shallot. In a small pot, melt the butter over medium-ugh heat and let the shallot brown in it. Once the shallot is golden brown, add the flour and stir und until butter and flour are combined. Add the milk and bring to a boil, stirring all all the time. Take away from the heat, add the cheese and let it melt in the hot milk. Stir until well combined, then transfer the sauce to a small bowl. Serve with the fresh fries right when they come out of the oven!

Home made gnocchi sound fancy, but the recipe is pretty simple. In fact, it really isn’t much more work than making pancakes! 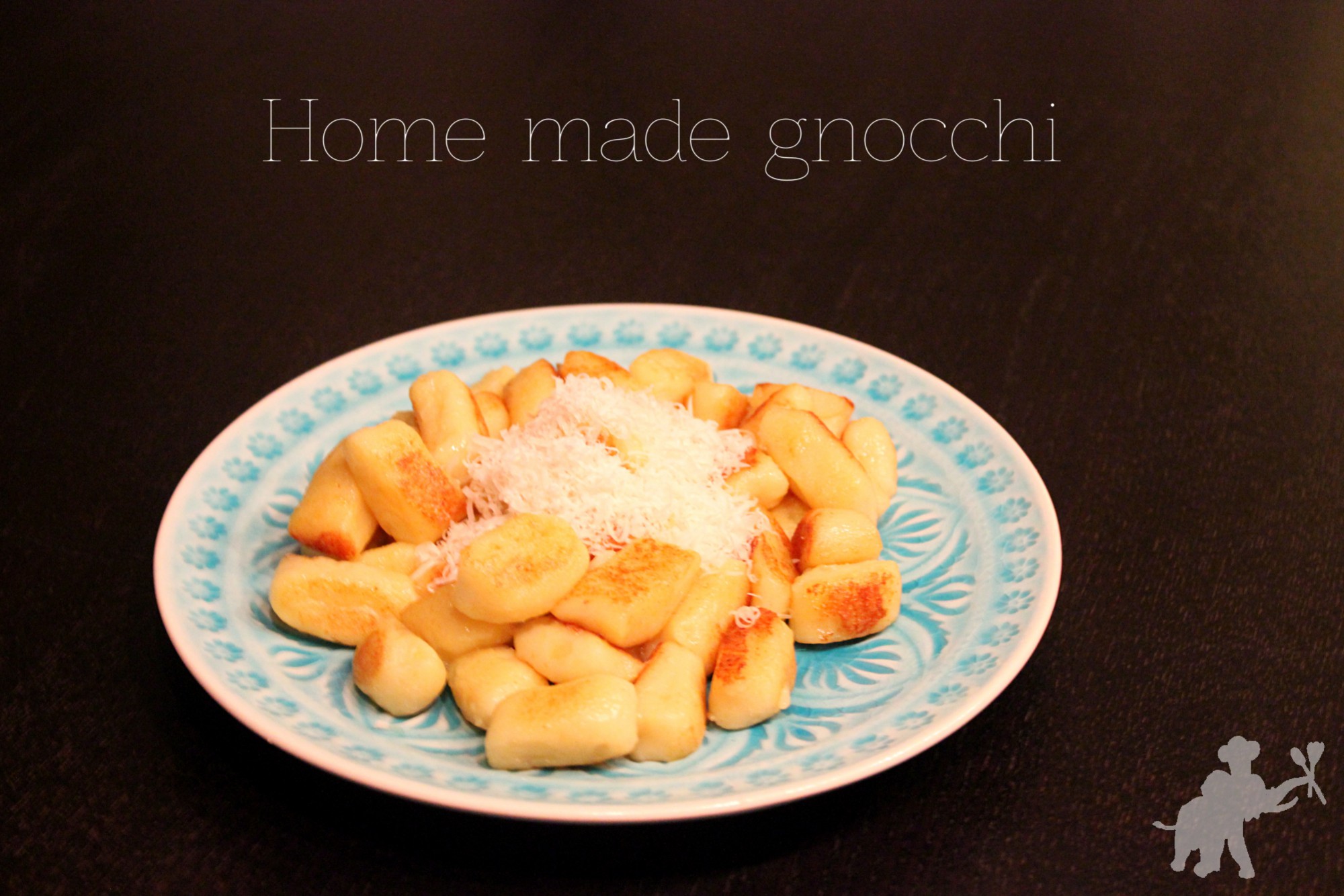 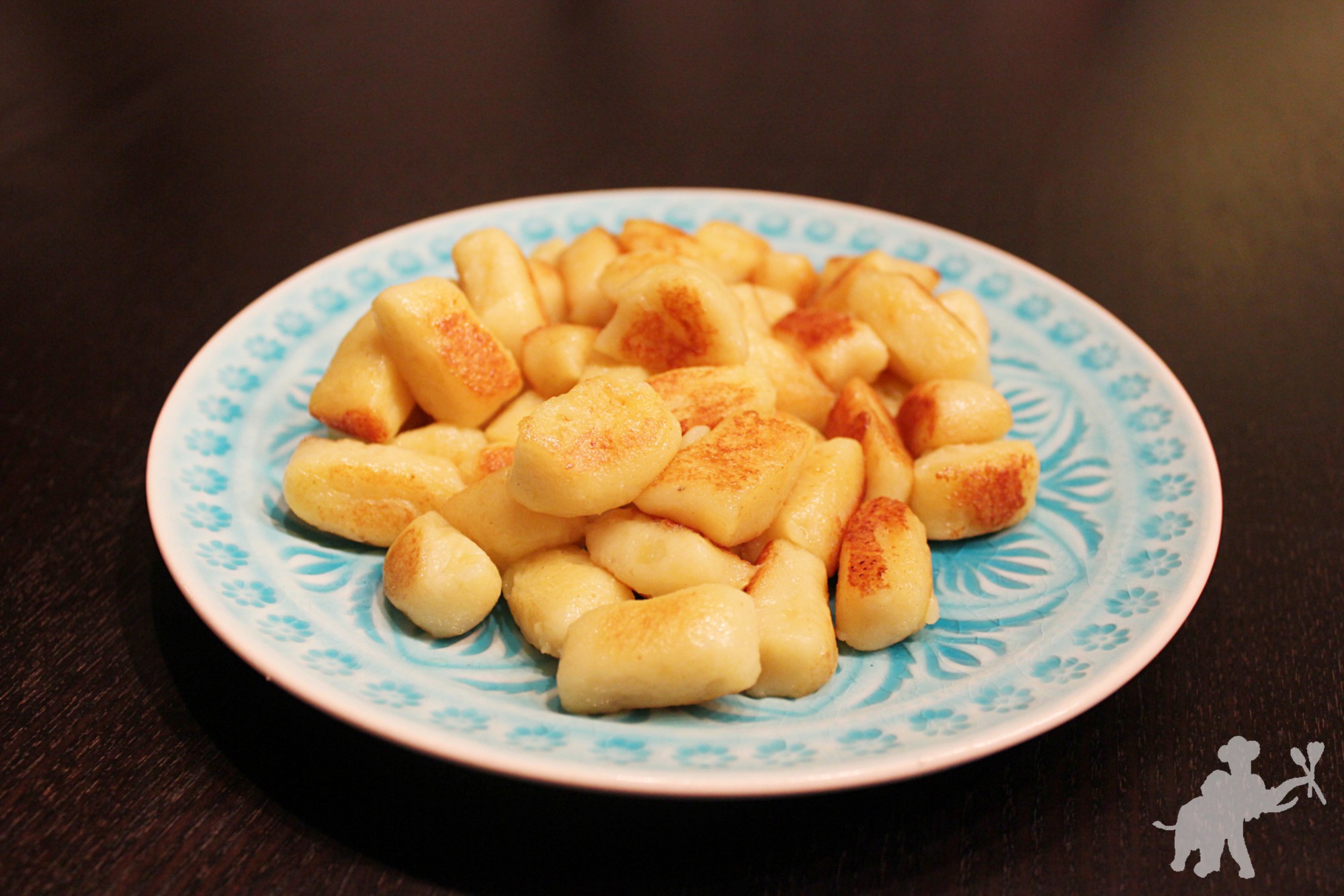 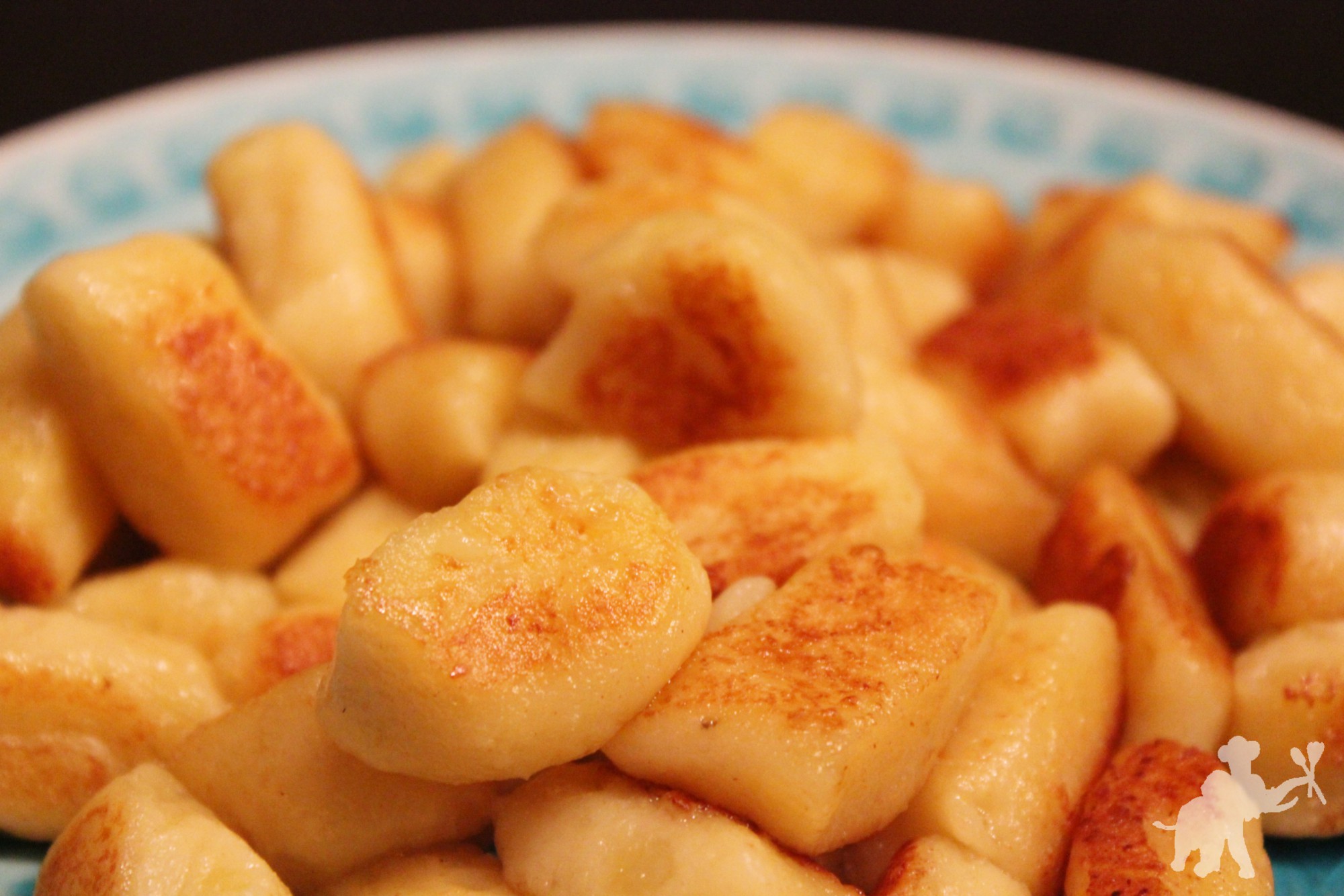 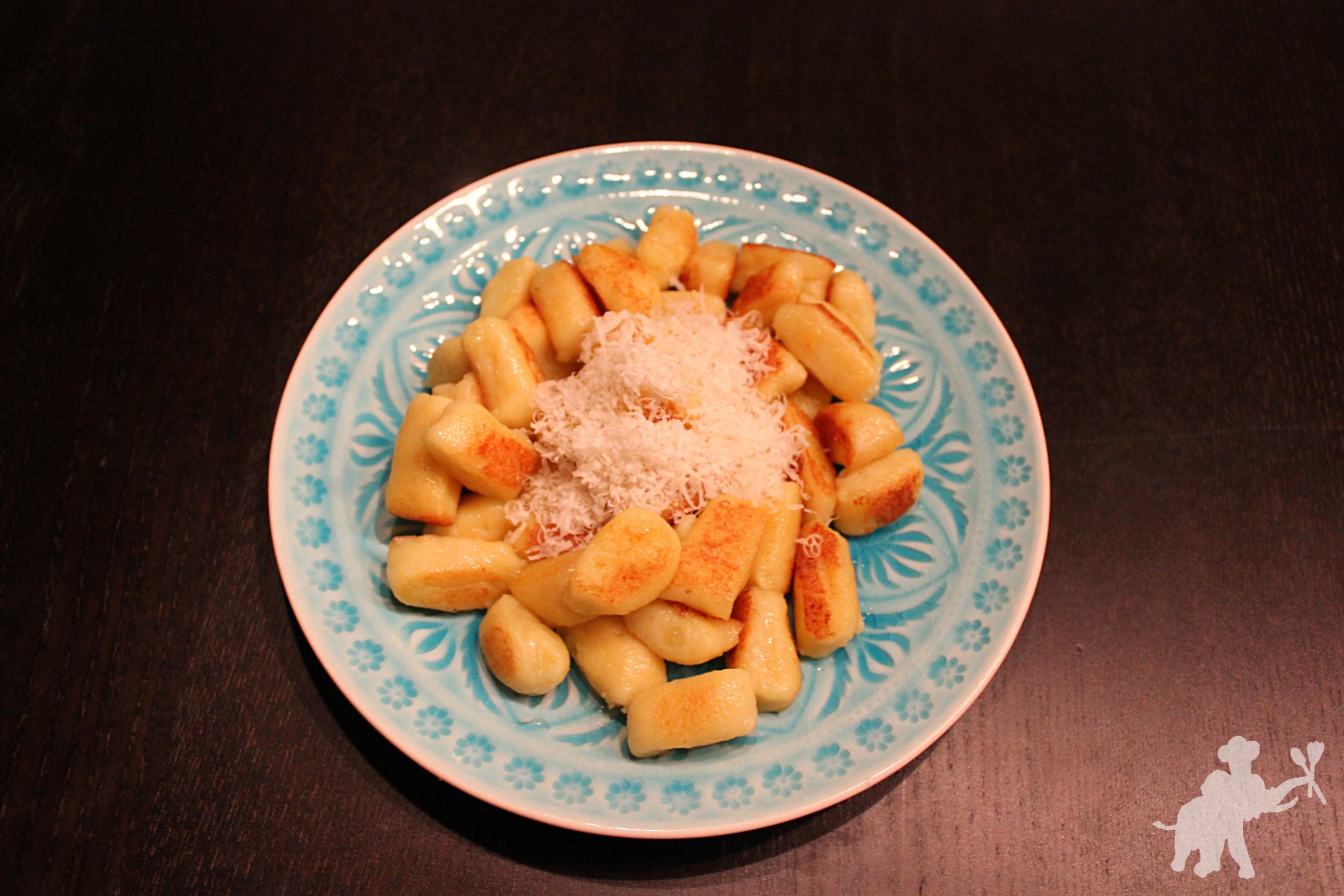 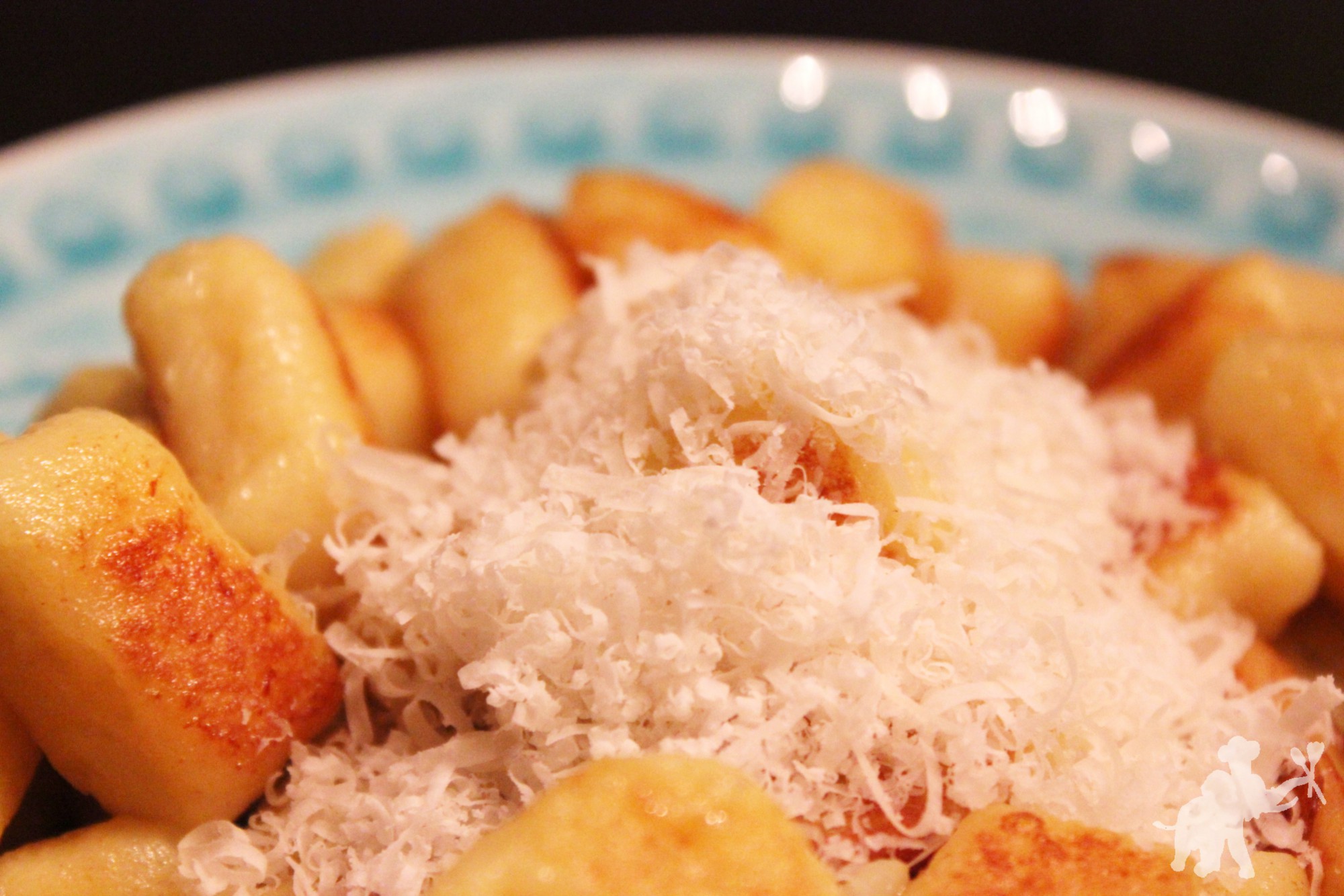 Parboil the potatoes, then peel and mash while they are still warm. On a clean work surface, quickly combine potatoes, flour, egg yolk and salt until smooth. If the dough is still sticky, add a little more flour. On a cutting board, form four 1.5cm/0.6in thick rolls, then cut them in 1cm/0.4in pieces.

Cook the gnocchi in salted water until they come up to the surface, then remove them from the water using a slotted spoon. Don’t throw them all in at once, work in three or four batches. Set aside.

In a large skillet, heat the butter and olive oil. When the fat is hot, add the gnocchi. Let them brown a little from all sides. When they are golden brown, sprinkle with parmesan cheese and serve.

You don’t have to sauté the gnocchi. But I like them a little crispy! 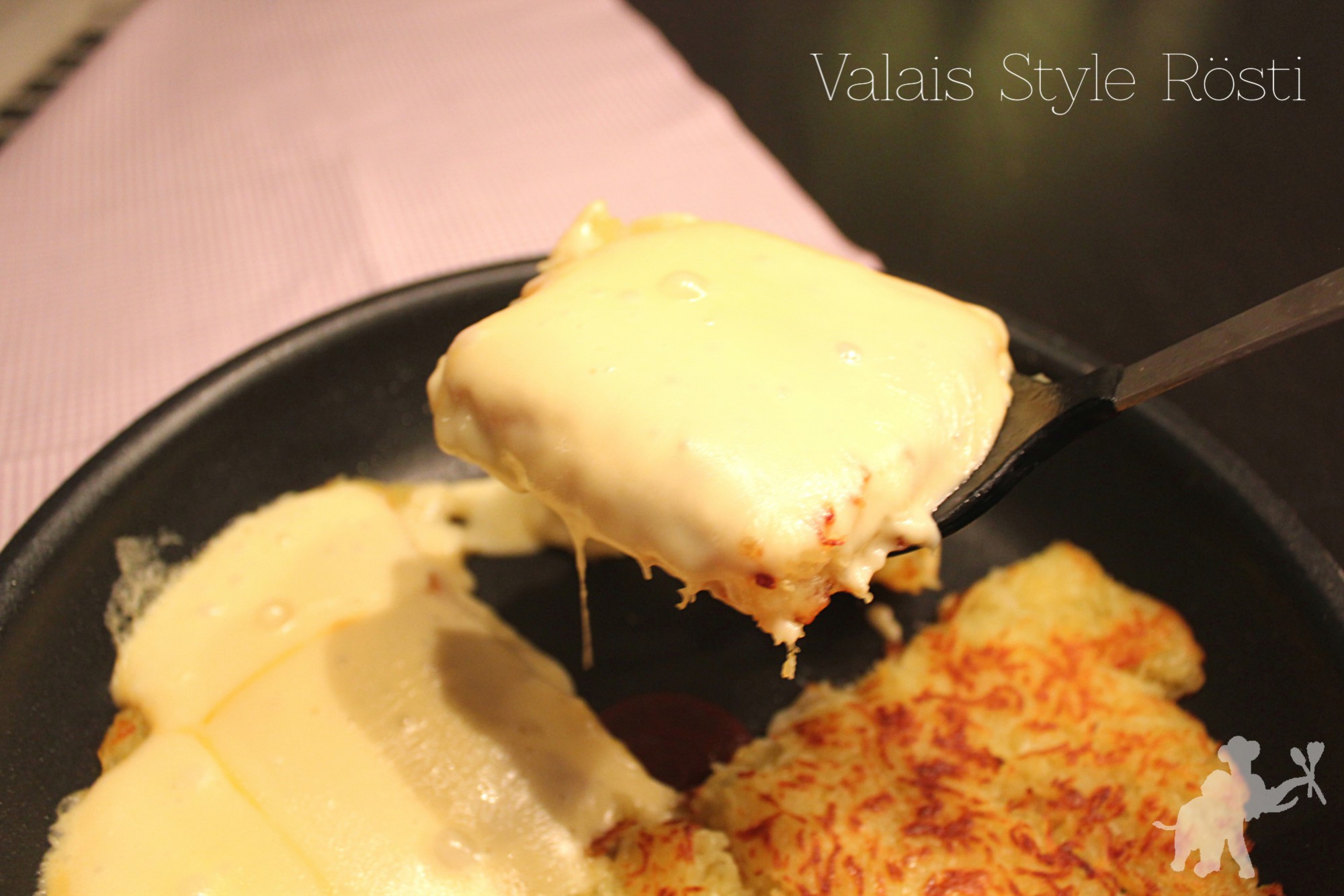 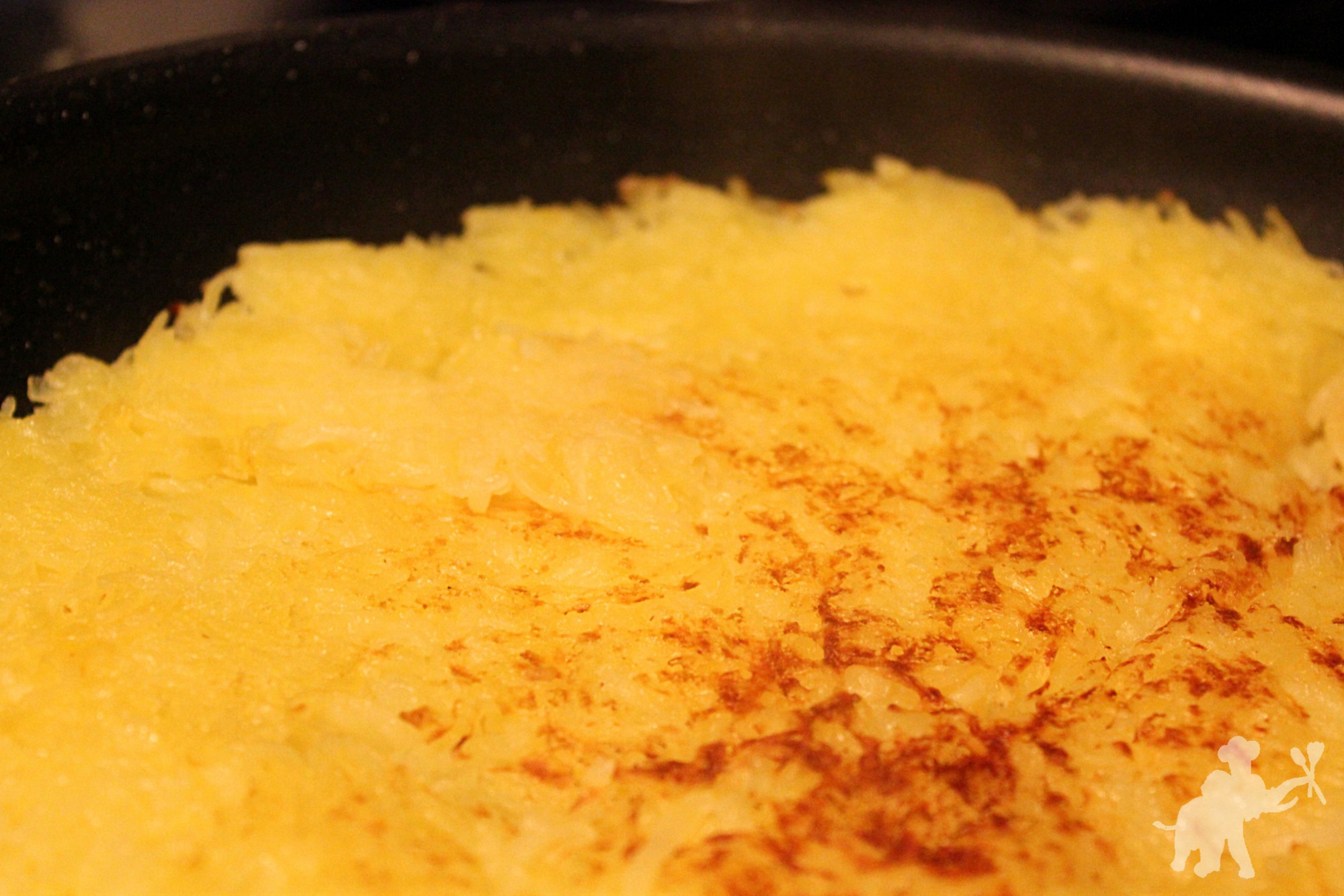 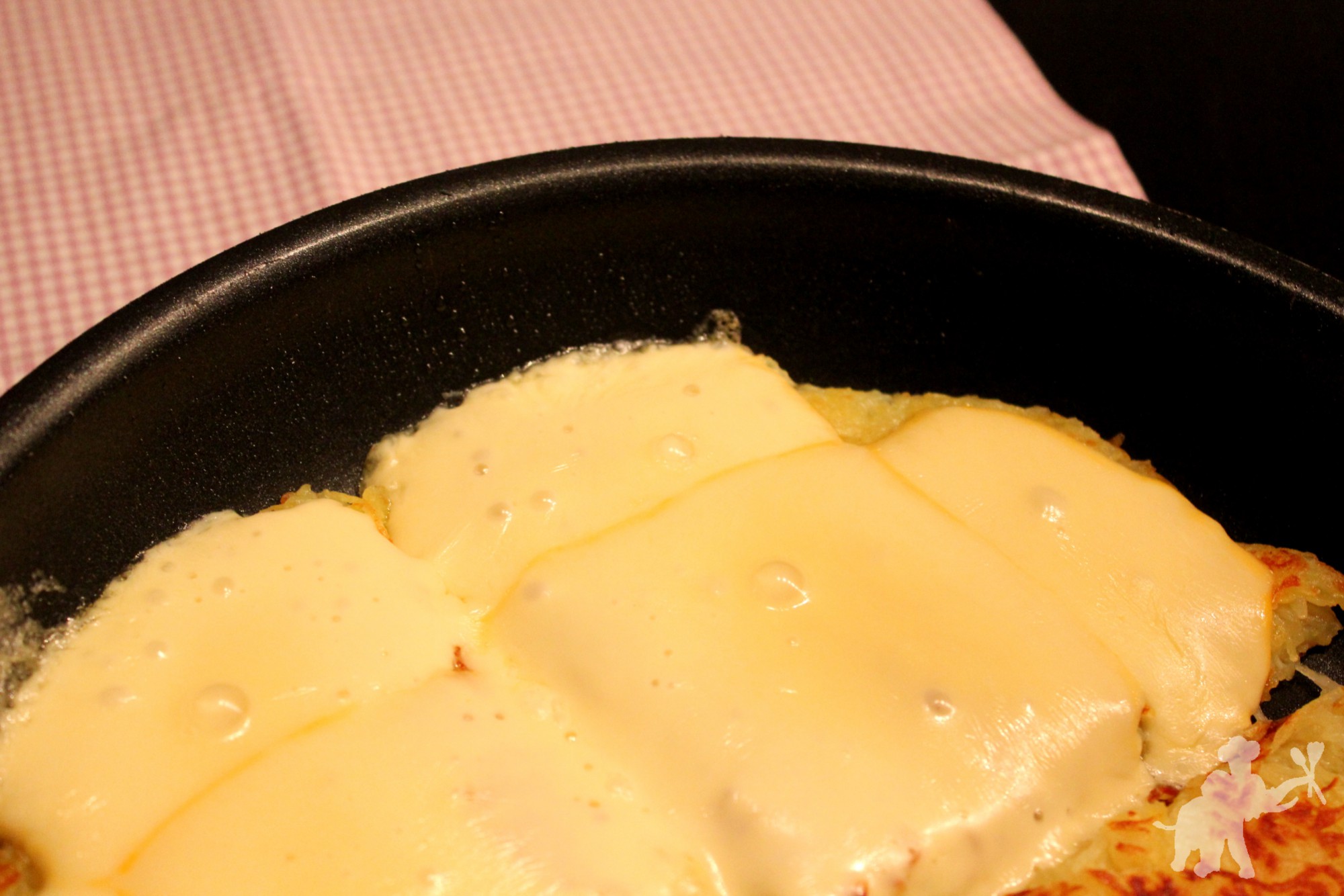 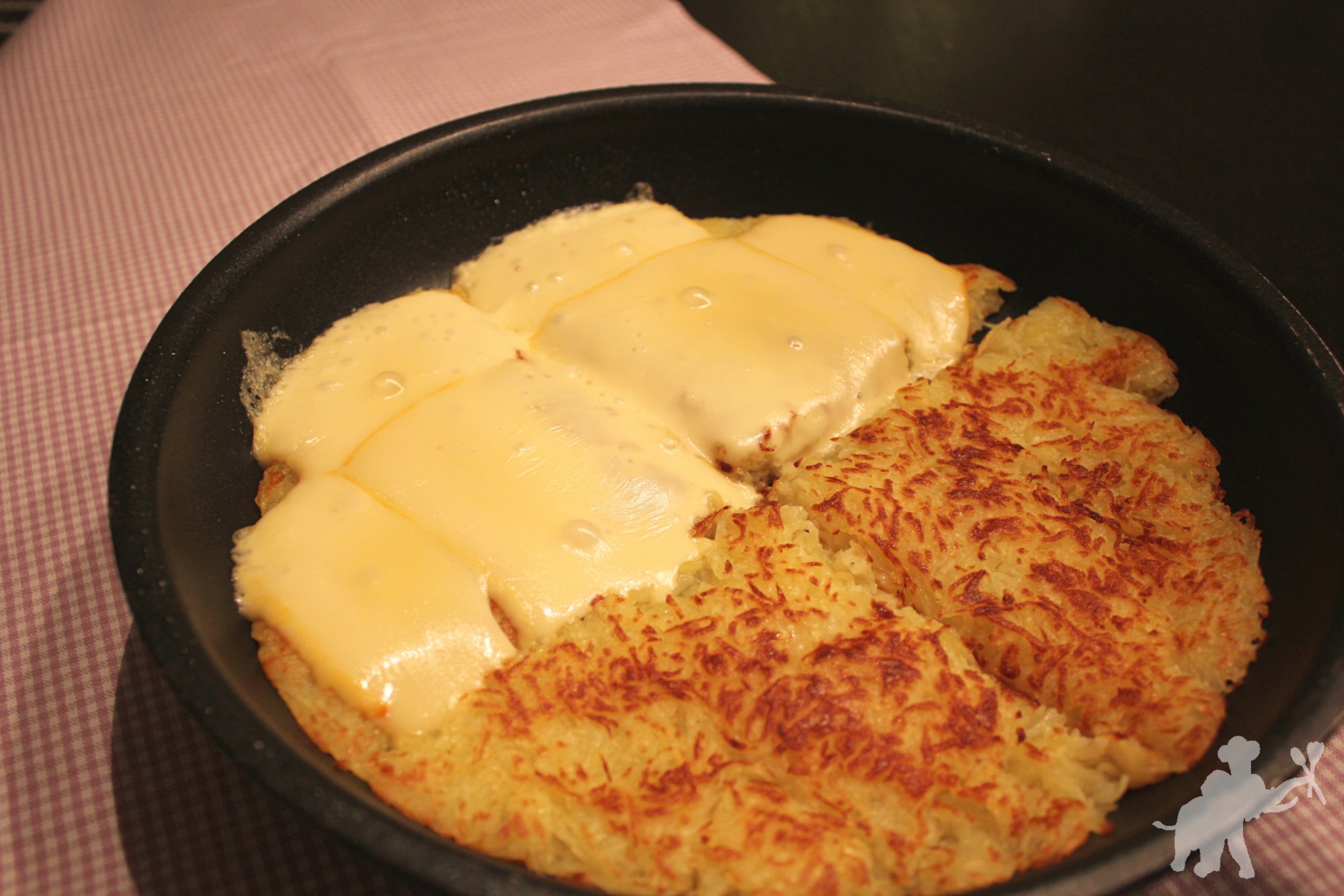 It’s February! A new veggie of the month is coming your way. It is the…

Potatoes are super-versatile and part of many typical winter dishes. I’ll be cooking four of them this month, starting with a winter classic: a potato soup.

In fall and winter or whenever it’s really cold and rainy outside (which can be pretty much anytime between september and april around here), it is a good time to make a big pot of potato soup. It is very easy to prepare and it reheats well – you can make a big batch and keep the leftovers in the fridge for two days. I think stews taste even better when you reheat them the next day, so reheating is really more like thinking ahead than dealing with leftovers. Right? 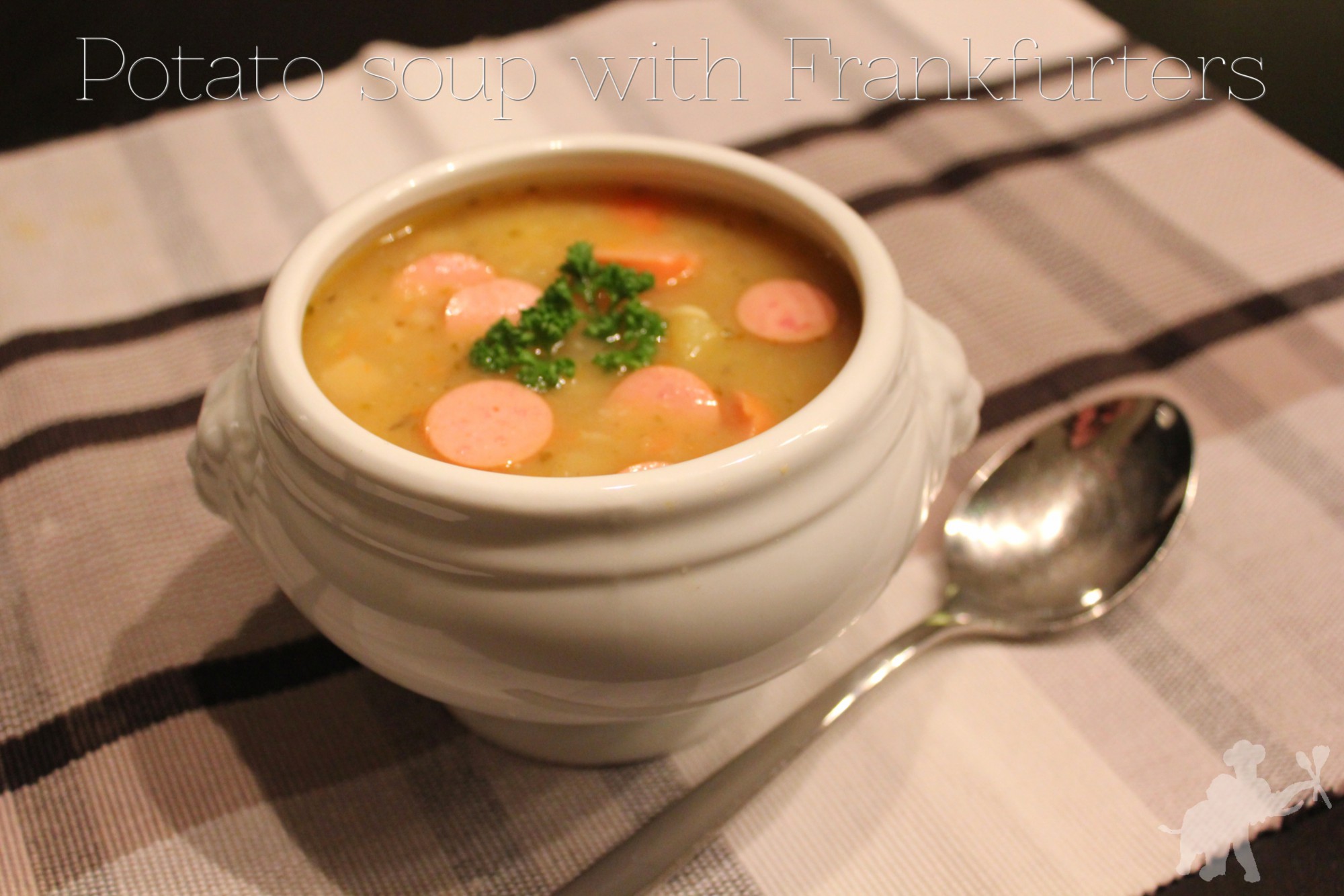 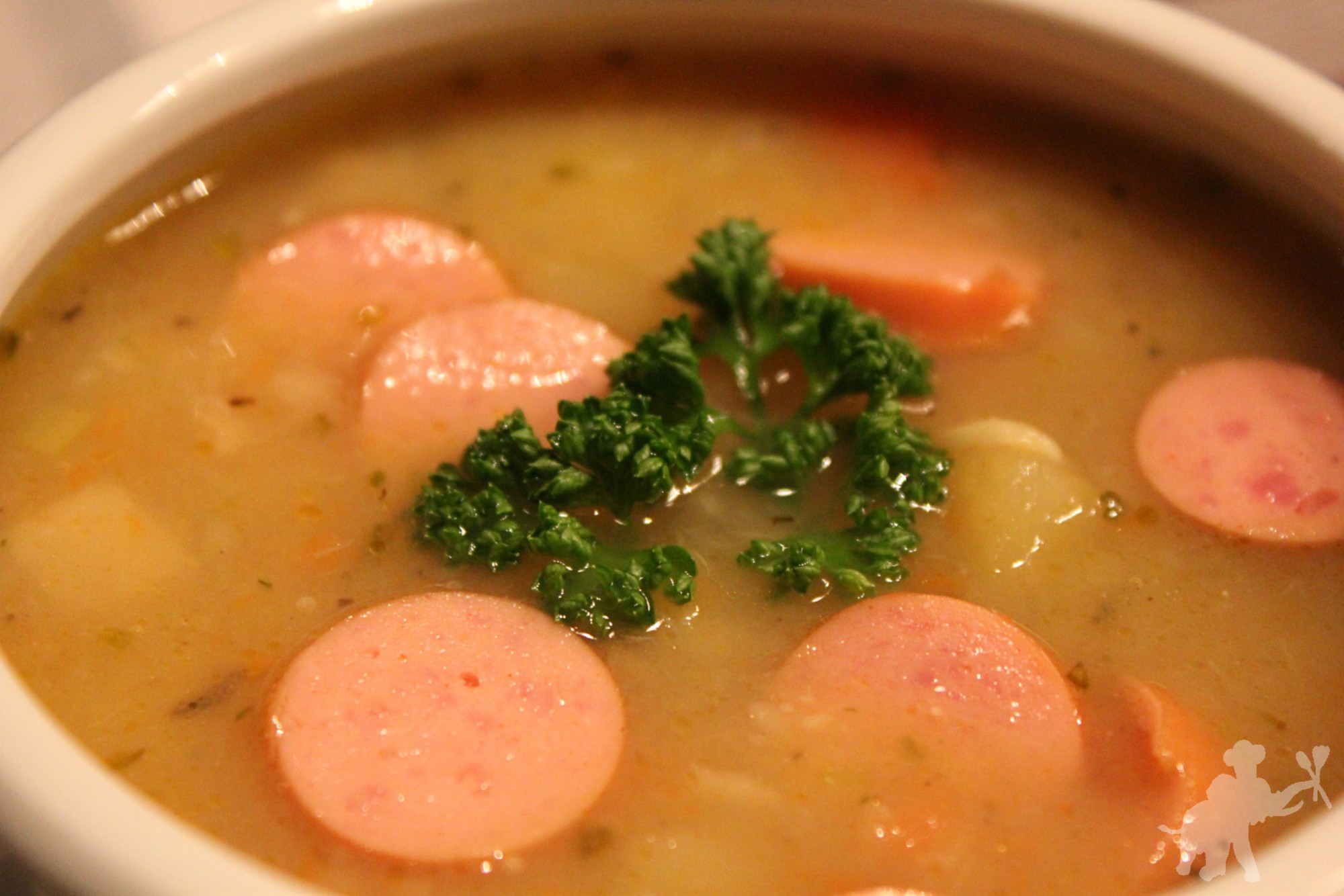 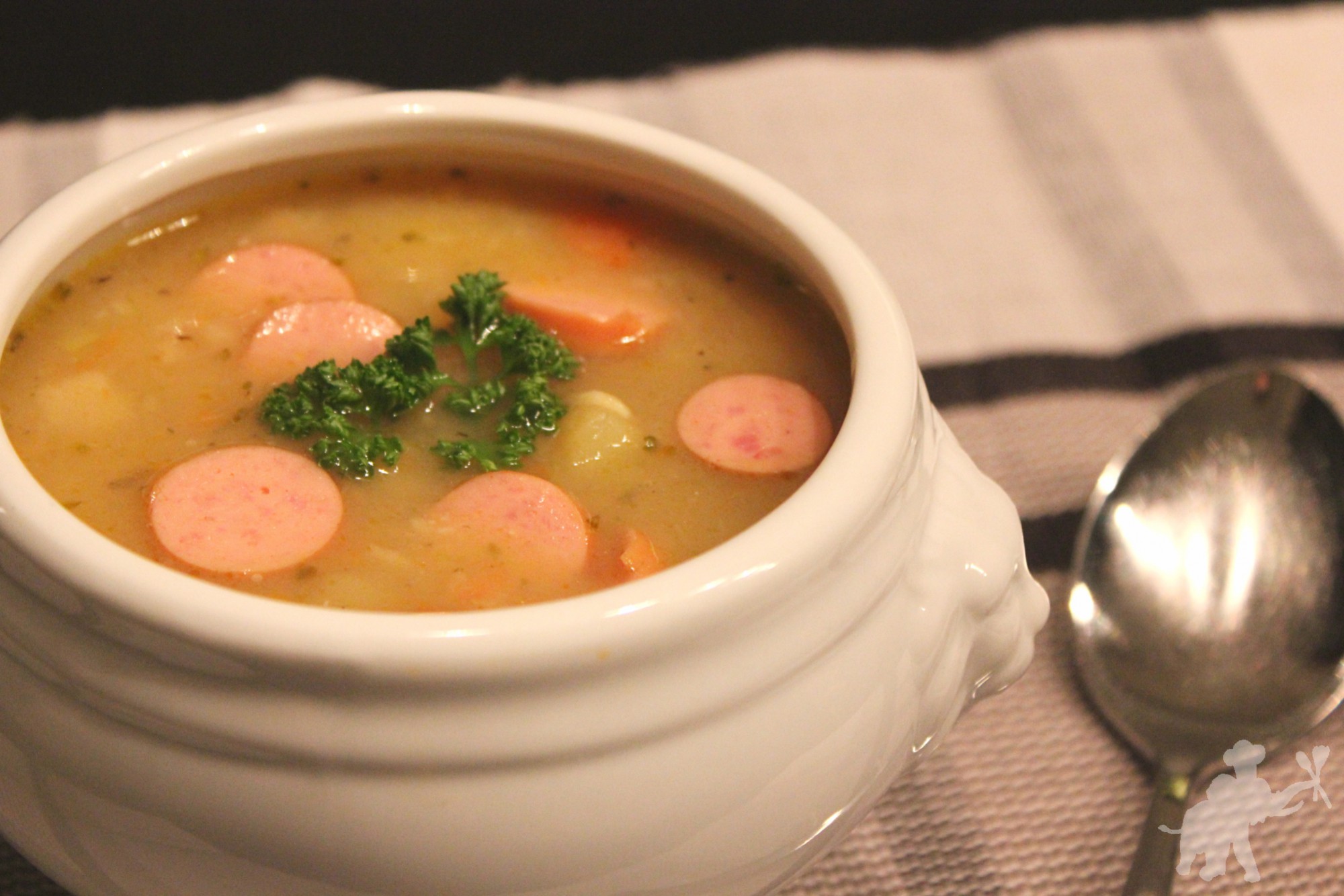 What you do:
Peel the potatoes and cut them into 1.5cm/0.6in cubes. Peel and chop the onion and the garlic. Wash and cut the leek into thin rings. Peel the carrot, quarter it lengthwise and cut into thin pieces. Peel the celery root and cut into small pieces. A lot of cutting, but you’re done now!

Heat canola oil and butter in a large saucepan over medium-high heat. Sauté onion and garlic, then add leek, carrot and celery. Stirring occasionally, let it cook until the vegetables brown slightly. Then add the potatoes and the vegetable broth. Bring to a boil, then turn the heat down to low and cover with a lid. Let simmer for 30 minutes.

After 30 minutes, season with salt, pepper, marjoram and thyme. Puree just a little using a hand blender to give the soup a creamier consistency. Ten or so pulses should do the job.

Add the cream cheese and stir in. Cut the sausages into slices, add them to the soup and cover again with a lid (don’t let it boil). After a few minutes, it’s ready to serve! Decorate with fresh parsley.